Column Corner: A scary encounter on the Crowsnest Highway 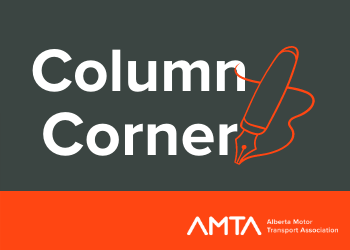 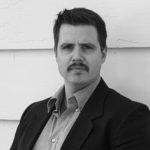 When I was an over-the-road trucker, I frequently drove Highway 3 in British Columbia from the Alberta border to the Highway 95 intersection at Yahk. Due to a combination of shorter distance, minimal grades, and expedited access to the divided and truck-friendly Interstate 90 in Idaho, this is a popular route for trucks heading to the American West Coast from central to southern Alberta.

Highway 3 is often colloquially called the Crowsnest Pass even though that particular mountain pass is just a small part of the highway at the BC/AB border. The highway is officially known as the Crowsnest Highway [1], and given how much attention truckers pay to the mountain passes along their routes, this colloquialism is easy to forgive.

The Crowsnest Highway from Yahk, BC to the BC/AB border was the first mountain road I ever drove; being a prairie boy, I naturally thought this was a heck of a mountain road. But, after a few years of pulling super b and tridem loads through BC’s northern and central highway network, I quickly came to see this part of the Crowsnest Highway as quite tame. The first major pass, the Kootenay Pass, is encountered well west of the Highway 95 turnoff where most trucks exit to enter the USA. The often-eight per cent  Kootenay Pass provides ascents and descents that feel like they will never end, and it is so daunting to many drivers that some elect to take an alternate route to the north via the Kootenay Lake Ferry, a significant detour.

However, the challenges posed by the eastern section of BC’s Crowsnest Highway are significant despite the relatively smoother grades and curves. Vacationers, truckers, local commuters, and maintenance vehicles all intermingle on this busy stretch of road; the consequences of these individuals not playing nicely with each other lands motorists on a spectrum ranging from stress and traffic tickets to serious collisions and fatalities.

I have had many interesting experiences on that highway, from pushing snow with the bumper of my truck while trying to reach a safe parking spot, to peaceful evening drive witnessing some of the greatest natural beauty the lower east Kootenays allows, from a highway. However, one of the worst experiences I had was a time when I met up with a vehicle with an idea of appropriate highway use that differed significantly from mine.

A Very Bad Place to Stop

I was driving through a section of 80 kilometre-per-hour curves one time on a trip back from Portland, OR. My trailer was fully loaded with steel tubing from a Portland mill. The road was dry and the sky was clear.

A wise rule to drive by I have learned from multiple experienced truckers is to never drive so fast you cannot safely stop in the clear section of road you have in front of your bumper. You should never be going so fast that, if something appears on the road ahead of you, you cannot stop safely before hitting it. Since the aforementioned 80 km/h curves were tree-lined and visibility was limited, I was travelling 70 km/h so as to operate by that rule.

While driving around a curve, right in front of me was a shocking sight. A small car had stopped half on the shoulder and half in the travelling lane. This was an undivided two-lane section, so there was no way to get around them without entering the oncoming lane. What was worse, though, was that the car belonged to a small family, most of which were out of their vehicle. One adult was helping a small child use the bathroom on the shoulder. The other adult was standing in the center of the travel lane taking pictures of the mountains, facing away from oncoming traffic. That’s right: standing in the middle of the highway, and focusing on taking pictures.

The sight of such disregard for highway safety brought to me the stomach knots, chest tightening, and cool full-body flush that go hand-in-hand with terrifying driving moments. Fortunately, I was travelling slow enough that I had ample time to rapidly bring my speed down. A blast of the air horn quickly re-focused the attention of the picture-taking adult from the mountains to their current reality of steel, rubber, and asphalt.

There was little drama. I had to slow to a crawl as the family got back into their car – I didn’t want to pass them for fear someone speeding behind me would rear-end them – and I never saw them again as their load was much lighter than mine.

As far as road stories go, this one seems quite anticlimactic. However, it has stuck with me vividly, perhaps because I was a freshly-minted father at the time of its occurrence.

In this story, a commercial trucker (me) using the road as a workplace encountered a family in a car with a much different idea of appropriate road use. I don’t know what the overall intention was for their trip, but I do know that at that moment they felt a narrow section of busy mountain highway was a good place for a quick rest and photoshoot.

While I was initially angry at the careless actions of the adults in that car – justifiably, I think – I felt it hard to maintain anger in the kilometres that followed. Afterall, is it really fair to assume that other drivers on the road share my experiences and ideas behind how the road should be used?

Using the same logic, if I had their experiences in life leading up to that moment and not mine as a professional truck driver I could not say that I would have acted any differently. Maybe they felt they were in the right. After all, the in-vehicle emergency of a toilet-training toddler needing a bathroom break was likely far more tangible to them at that moment than stopping distances and width requirements of steel-hauling tractor-trailers. And while one adult was out tending to the child, maybe the perfect picture opportunity ahead was too good to pass up.

I am not, in any way, justifying their actions. I stand firm in my beliefs that they were in the wrong and I can bring myself to dry heaves imagining how wrong things could have gone had I been inattentive. However, the actions of those individuals on the road that day were like those of a deer: unpredictable, uncontrollable by me, and unaffected by my anger or other emotions.

Drivers on the road have little influence over the actions of other drivers. We can be proactive by making sure our equipment is in good working order and by only driving when fit to drive; but, regardless of how good we are, we always share the road with others who have a different style of driving and attitude towards safety.

The best thing we can do is help each other get where we all need to go. I believe that a selfish attitude in driving (as in, my trip is the most important trip) is dangerous. It is also unkind, because the road is for everyone and means, for everyone, something different. For some, it is a workplace, for others a place to play, and for others, simply a means to an end.

Empathy and collaboration with fellow drivers for the goal of collective safety help me see the humanity in others. Seeing this humanity in the actions of others keeps me defensive but calm. And when it comes to getting to my destination safely and enjoying the road along the way, calm is key.

Are you a commercial driver with a story to tell of your experiences and how they relate to safe road practices? Reach out to us at marcom@amta.ca to share your story.

Help to build a greener future for all – be part of Canada’s first heavy-duty alternative fuel pilot.

There’s no cost to participate and training is provided.

If you're hauling on #TransCanada through #BritishColumbia please note, a 35km stretch is still closed from Spences Bridge to Lytton because of a mudslide. https://twitter.com/DriveBC/status/1557727154162438146