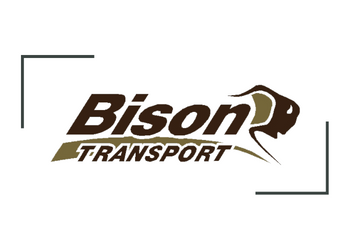 January 3, 2022 (Winnipeg, MB) James Richardson & Sons, Limited (JRSL) and Bison Transport
(Bison) are pleased to announce that, effective December 31, 2021, Bison Transport acquired 100
percent of the issued and outstanding shares of Hartt Transportation Systems, Inc. (Hartt)
Headquartered in Bangor, Maine, Hartt is one of the largest truckload carriers based in the Northeastern
US with 360+ tractors and 2100+ trailers and a sizeable logistics offering. Hartt is a 2nd generation
business, founded in 1948 by Delmont E. Hartt and then owned by his son, Billy Hartt, until it
was acquired by Bison. Hartt’s success over the last 70+ years has been driven by a long tenured and
reputable customer base, low driver turnover, a focus on safety, a quality fleet and a strong company
culture. These factors are similar to those that have allowed Bison to be successful, leading us to see
a strong strategic fit between our companies.

“It is a year to the day that we announced that Bison Transport was joining the JRSL family of companies.

We are pleased to see Bison continue to grow its existing businesses and by making this significant
US acquisition of a company that shares the same values as both Bison and JRSL.” reflected
JRSL’s, Executive Chair, President & CEO, Hartley T. Richardson.

Bison’s President & CEO, Rob Penner, commented at the closing of the transaction,“These are truly
exciting times for all involved. I have had the privilege of meeting and spending time with the Hartt
leadership team, and collectively we feel strongly about the cultural fit. There is a great energy in
this business and the people have a strong desire to continue to grow and prosper in a responsible
way. We believe this acquisition to be foundational in strengthening our cross-border offerings and
establishing Bison Transport USA as a Tier 1 US Domestic fleet, well positioned to serve the growing
needs of our customers.”

Billy Hartt, past President & CEO, of Hartt Transportation Systems, Inc. stated that, “I am excited for
my employees to become part of the Bison family, as we share similar core values and cultures. I am
certain that, with the merger of Hartt’s and Bison’s teams, they will produce amazing results and become
an even stronger carrier for the future.”

Marc Wolding, President of Bison Transport USA noted that, “We want to extend a warm welcome to
all Hartt employees. The entire Hartt Transportation team should be extremely proud of the business
which has grown to become a premier carrier in the eastern US. There is a very bright future in front
of us, and I am looking forward to seeing us grow together.”

Financial details of the transaction will not be made public.

About Bison Transport
Bison Transport is a privately held, professionally managed transportation company established in
1969, owned by James Richardson & Sons, Limited and is headquartered in Winnipeg, Manitoba.
Bison is a leading asset-based freight solutions provider that employs over 3,700 professional drivers
and staff with a network of terminals throughout North America. With its fleet of over 2,100 tractors
and 6,000 trailers, Bison delivers transportation services to its customers throughout Canada and the
United States, and into Mexico.

About James Richardson & Sons, Limited
Established in 1857, James Richardson & Sons, Limited is a private, family-owned and operated corporation involved in global agriculture and food processing, as well as energy exploration, transportation and marketing, freight transportation and logistics, financial services, insurance and real estate. Headquartered in Winnipeg, Manitoba, JRSL has assets and operations strategically located across Canada, the United States and the United Kingdom.

On International Holocaust Remembrance Day, we remember those who lost their lives in the Holocaust and honour their legacy.
#HolocaustRemembranceDay