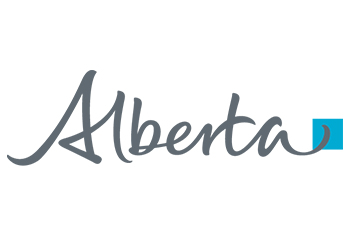 In a release from the Alberta Government, the provinces deficit is forecasted at $24.2 billion, $16.8 billion higher than the Budget 2020 estimate due to the economic impacts stemming from the COVID-19 pandemic and oil price crash.

The first-quarter projections show a significant increase to the deficit reaching $24.2 billion – $16.8 billion higher than estimated in Budget 2020. Almost 70 per cent of this increase is due to a sharp decline in revenue with non-renewable resource revenue down $3.9 billion. Total revenue is estimated to be $38.4 billion, down $11.5 billion, or 23 per cent from Budget 2020.

The 2019-20 Annual Report and 2020-21 First Quarter Fiscal Update and Economic Statement show the toll both challenges have taken on the province. The province now sits on a debt burden of $99.6 billion, or $22,400 per Albertan.

“These numbers are incredibly sobering to all of us. If left unchecked, they predict a grim reality for Albertans. We are facing the most significant economic challenge of our generation,” said President of the Treasury Board and Minister of Finance Travis Toews. “To deal with this challenge, our government is developing a path forward – a path of economic recovery that will see job creation, diversification and stability restored to Alberta’s finances.” 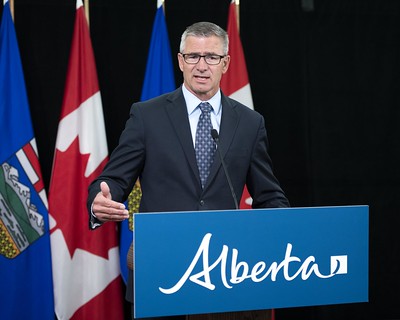 Total expense is forecast at $62.6 billion. Government responded to the COVID-19 pandemic with extensive public health supports and relief measures for Albertans, Alberta businesses and municipalities. In a release, the province stated these one-time spending measures, along with investments in Alberta’s Recovery Plan to position the province for economic growth, were necessary to see the province through these unprecedented times.

An updated economic forecast shows the pandemic has negatively affected business investment, oil production and consumer spending. Although 2020 began with a strong investment market, the fallout of COVID-19 has sidelined that expected growth. Alberta’s economy is expected to contract by 8.8 per cent in 2020, the largest decline in modern-day history and a decrease of 11.3 percentage points from the budget forecast.

Since the COVID-19 outbreak, the province has made several announcements for job creation and other efforts to spur the economy – several infrastructure announcements involving Alberta highways among them.