Why mental health support is important for those on the road 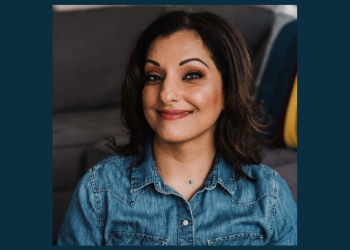 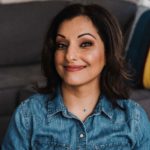 As a registered social worker, I have had several opportunities to hear various stories and learn from clients who are truck drivers employed in the transportation industry.

Listening to narratives while providing ‘talk’ therapy has opened and unlocked common themes associated with being a driver of the road, such as depression, loneliness, chronic sleep disturbances, and other emotional issues.

It is apparent that elongated periods of social isolation can take an immense toll on the emotional and hence mental wellbeing of any individual. Since the existence of the Covid-19 pandemic, mental health has undoubtedly been a hot topic of conversation. In the most general sense, it is a health factor that is commonly under-reported – especially among men.

The act of opening oneself up and discussing one’s social, psychological, and personal well being and how it impacts day to day lives has steadily declined over time. Employees of the transportation industry, namely truck drivers, have had the misfortune of being typecast by societal norms, where the inherent notion of ‘ruggedness’ and upkeeping a ‘tough’ attitude has been prevalent for many years.

Society has pinned trucking as a ‘dirty’ profession filled with stigmas. This collective behaviour has likely played a role in such individuals’ resistance to accepting the idea of counselling to aid in any stresses they endure. In a way, it has been socially accepted by truck drivers to bottle up feelings and emotions.

Furthermore, research related to coping strategies among truck drivers has found that men, compared to women, have had a difficult time vocalizing their stresses and anxiety due to feelings of shame and fear of being undignified. It has been found that suicide has become the second leading cause of death for truck drivers under the age of 39. In a survey by Monash University, it was also found that more than half of all truck drivers suffered from psychological distress. This also leads back to the idea that societal pressures and norms have shaped the way certain individuals manage and cope with mental stresses. Hence, truck drivers have been discouraged to trust ‘talking’. It is evident that there is a clear link between mental health and trucking.

As Covid-19 has proven, truck drivers are essential workers. Medical equipment and personal protective equipment that needs to make its way to hospitals and clinics across the country were brought by an employee of the transportation industry. The hundreds, if not thousands, of packages that arrive at the doorsteps of individuals everyday were carried by a truck driver.

Transport of essential commodities from food to medicine was also likely done by the driver of a truck at some point in the item’s journey. Therefore, support for mental health among the trucking industry is important to allow these individuals to feel validated in an industry that has been undervalued and unappreciated. Most support sessions to clients who work as truck drivers circled around the idea of the trucking industry being a difficult profession to create balance between work and home in. Factors such as isolation, limited time with family and friends due to work schedules, intense pressures to deliver on time, scarce restful sleep and poor access to healthy food were some of the main reasons for drivers to abstain from reaching out for counselling or believe there can be ways to bring balance to their well being. Moreover, clients also illustrated they had given up on ‘counseling’ or ‘talk’ therapy because of a lack of communication and support from their spouses.

It became clear to me that the changing the overall structure of the trucking industry would be difficult, but that discussing the value of truck drivers’ mental health did not have to be. My overall message was to remind clients that narrative therapy (or talk therapy), was a way for them to release their stress and openly discuss causes of anxiety in a safe space with a neutral person. Improving judgement and decision making, increasing focus on short-term and long-term goals, and/or discussing current coping strategies with topics such as substance abuse and poor communication were some of the components hammered out through the talk therapy sessions. It was rewarding for me to witness an increase in self awareness, empowerment, and self-worth.

After my time with my clients, I concluded that even if an individual expressed the desire to engage in therapy, many of them felt it was an impossible task because of work schedules and limited access to resources that would integrate well with their day to day lives. Upper-level and/or corporate management may not always notice the struggle employees have with mental health, as most communication is through technology within the truck. Many companies may not offer benefits that drivers could tap into, limiting encouragement to use resources regarding their mental health and well-being. However, despite these barriers and walls, I was inspired to have the chance to talk to few of the truck drivers who did reach out – initially coming into sessions with a sense of feeling devalued, disrespected, and simply not heard. All of them had agreed that though they did not come with an open mind, they did eventually start feeling a change of mindset by having the opportunity to ‘talk it out’ and allowing them to speak their mind while giving themselves permission to respect themselves and the loved ones around them.

We need to continue to support and openly discuss the significance that employees of the transportation sector have in the work force. Only then will the importance of providing these vital workers with the right support be brought into the light. Mental health not only impacts the individual’s life on the road, but most certainly affects those around them, including family, co-workers, and the world around them. At the end of the day, if a driver is not fully focused and mindful of this responsibility at work because he or she has got marriage, financial or other stress factors on their mind, they are at risk of harming themselves and others around them.

Bottom line: we simply cannot expect a fully-functioning society without helping those within it.