Learning from losses with commercial lines 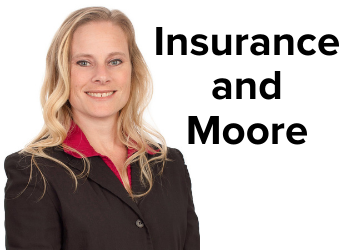 In many cases, you don’t use insurance until you’re faced with the most challenging times in your life. You may not want to think about the worst that could happen — but you need to. It can protect you and your business from financial hardship. Good insurance is an act of care… here’s why.

“This was the first time I’d had a fire.”

Insurance helped M6 Electrical stay in business after their work led to an accidental fire.

Bob’s business, M6 Electrical, was establishing a solid reputation for their electrical work, both for new construction and for older buildings needing upgrades.

As part of an upgrade to an older apartment building’s electrical system, Bob installed a new electrical panel in the utility room. That evening, after Bob had left, a fire started in the building. The fire originated from the wiring M6 had been installing. The tenants evacuated safely, and the fire department soon had the blaze under control, but the building suffered extensive damage. As the on-site contractor, M6 was legally responsible (liable) both for the fire damage and for the repairs needed before the tenants could return home.

Fortunately, Bob was with Commercial General Liability Coverage. The policy didn’t cover the work done by M6, but it did pay for the repairs and for the replacement of materials that couldn’t be recovered, up to the coverage limits Bob had put on the policy. The coverage took care of the actual cash value of the damage, namely what it was worth at the time of the loss.

“An unexpected rainstorm put my business at risk.”

A careless mistake made by Sam’s employees could have cost him a lot of money.

Sam’s contracting company won the bid to install a replacement roof on his local arena. Unfortunately, a rainstorm nearly ruined the project.

When Sam’s crew left the site for the day, they forgot to cover the exposed section of the roof they had been working on. That night, there was a heavy rainstorm. Water poured into the arena, damaging the front lobby, the ice surface, and the stands. Sam’s company was found to be legally responsible (liable) for the depreciated cost of the damage.

Fortunately, Sam had Commercial General Liability Coverage. The coverage covered the cost of the water damage, so Sam didn’t have to dig into his business savings, other than to pay his deductible.

The coverage took care of the actual cash value of the damage to the building’s contents and structure, based on what they were worth at the time of the loss. While the insurance didn’t pay for the work Sam’s team had completed on the building, it did help his company recover from the incident.

“It should have been a standard repair.”

DMV Heavy Duty Automotive provides fast, quality service at affordable prices. However, an accident involving a client’s vehicle nearly destroyed everything the owner, Darryl, had worked so hard to build.

DMV performed what Darryl thought would be a simple, standard service for a new customer — repairing the brakes on a semi. The repair was straightforward, so Darryl and his team were both shocked and devastated by what happened a week after the vehicle left the shop. While the semi was out on the highway, the repaired brakes failed unexpectedly, and the driver lost control. The semi rolled and was deemed a total loss.

The brakes were determined to be the cause of the crash, so Darryl’s company was found to be legally responsible (liable) for the resulting damage — even though the accident didn’t happen until a week after DMV had completed their work.

Fortunately, Darryl’s insurance broker had set his business up with Commercial Completed Operations Coverage. The cost of the replacement brakes was excluded, but the coverage helped take care of the damage to the semi — saving Darryl’s business from financial hardship.

Did you know @NIMCAlly has a free interactive e-learning course to learn about the incidence of human trafficking in Canada and more? Details here: https://notinmycity.ca/learn/

2. There are many types of #HumanTrafficking. Today’s cases were Labour and Domestic Sex Trafficking.