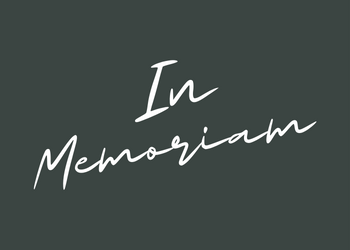 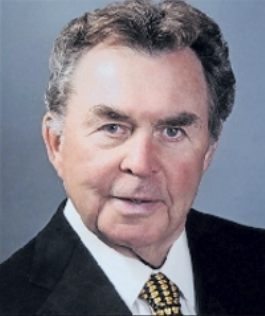 We are profoundly sad to announce the passing of G. Ben Docktor on Tuesday, November 1, 2022, at the age of 82 years.

Ben was predeceased by his mother and father, Alvina and Ben Docktor, his sister Kathy Theologis, his son Terry Dockter, and his father-in-law Grant Warring, along with other beloved family. He is survived by his loving wife of 54 years, Diane Docktor, mother-in-law Florence Warring, sister Carol Jane (Ralph) Berg, daughters, Julie (Dwayne) Dockter-Schmitz, and Bobbie Jo (David Burns) Docktor; sons, Mark (Becky) Dockter, and Benjamin B. (Mali) Docktor; grandchildren, Isaac, Katie, Jenna, McKenzie, and Miles; along with four beloved great-grandchildren, and many nieces and nephews.

Ben was born in the small farming town of McClusky, North Dakota on January 16, 1940. After serving in the Army for a brief time, Ben worked as a roughneck in Newcastle, Wyoming. This was the beginning of what became a lifelong passion for the industry. Ben and his family moved to Calgary in 1973, where his business acumen and drive culminated in the creation of many highly successful companies in every aspect of the oil and gas industry and transportation (Docktor Freight Solutions Corp.). Ben was a visionary. He had a dream of a world class racing facility in Calgary, and went on to build Race City Speedway, which earned him a place in the Canadian Motor Sports Hall of Fame as a track developer, owner, and driver.

Ben’s strength was only surpassed by his generosity of spirit and humanity. He gave to many charitable organizations and was so proud of his fundraising legacy with the B’nai Brith. Ben was a rising tide, lifting-up all those around him. His leadership and mentorship will never be forgotten by the many friends, family, and co-workers he inspired and guided through tough times. He left the world better than he found it and will always be remembered and cherished by those who knew him.

Graveside service will be held at Beth Tzedec Memorial Park at 1:00 p.m. Memorial Services will follow at McInnis & Holloway (Fish Creek, 14441 Bannister Road SE, Calgary, AB) on Tuesday, November 8, 2022, at 2:00 p.m. Reception to follow in the Hospitality Centre at the Funeral Home. Condolences, memories, and photos may be shared and viewed here. If friends so desire, memorial tributes may be made in honor of Ben directly to Project Warmth in Calgary at www.projectwarmth.ca/donate/, this was one of Ben’s favorite charities, which he supported for many years.

In living memory of G. Ben Docktor, a tree will be planted in the Ann & Sandy Cross Conservation Area in Calgary.

AMTA is pleased to welcome @GallagherGlobal as a Supplier Member!

AMTA was on hand at the @EdmontonChamber Holiday Open House this afternoon, connecting with the business community and talking commercial transportation.