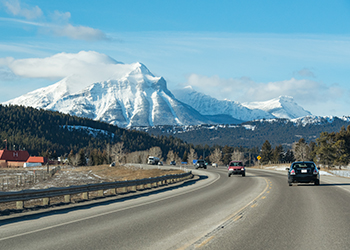 Release: The Government of Alberta recently announced funding for Highway 3 Twinning from Taber to Burdett as part of the 10 billion in Provincial stimulus spending and, as a result, the Highway 3 Twinning Development Association Board has revised its twinning priorities.

The Highway 3 Twinning Development Association is appreciative of any progress made towards the twinning of Highway 3 and recognizes the decision to fund this section comes at a time when cost to borrow is low, cost of construction is competitive, and stimulus for job creation is high. We thank the Province for recognizing the significant return on investment and the positive impact to the citizens of surrounding municipalities, the trucking industry, and the agri-food producers and processors, just to name a few. Let’s keep the momentum going to provide predictable annual funding towards completion of the entire corridor!

Highway 3 Twinning Development Association’s message to the Government of Alberta:
Fund any one (or more) of H3TDA’s Priorities in stages or as a whole

GDP growth projections for Southern Alberta show a significant increase due to new and expanding industries, such as the Grassy Mountain Coal Project, Windy Point, Forty Mile, Rattlesnake Ridge & Peace Butte Wind Power Projects. Highway 3 is a CRITICAL pipeline for moving an increasing number of commodities to processors and the conduit for transporting the final products to market. As such, the twinning of Highway 3 will champion jobs and support the expanding economy of Southern Alberta, and the province, at a critical time in our province’s history.

“We are thrilled with the Premier’s announcement to twin Highway 3 from Taber to Burdett, as our Association has been advocating for twinning since the 1970’s. Crowsnest Pass has been studying expansion of their section for almost 50 years, and our hope is that the Province will continue with twinning along the remainder of the corridor in the near future,” says Mayor of Crowsnest Pass and Highway 3 Twinning Development Association Secretary, Blair Painter.

Our Southern Alberta economic contribution is significant. Getting our products to market is a Provincial and National benefit, as is the importance of ensuring our truckers, farmers, tourists and commuters do not take their life in their hands. We are so pleased the Province did not defer the urgent need to twin the section Taber to Burdett into a future with less cost-effective options, and hope the Government will continue to address additionally critical sections.

Some great training-on-the-job content in the latest edition of Worksight!