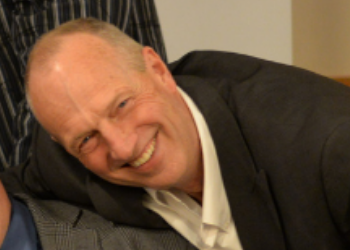 Terry Warkentin retires after more than 40 years in industry

A familiar face with an even more familiar laugh at Alberta Motor Transport Association (AMTA) events, Terry Warkentin, has retired after more than 40 years in the commercial transportation industry.

“I started in the industry working with Kenworth out of Vancouver, Burnaby actually. Kenworth had a factory there and I worked in the engineering department,” Warkentin explained. “And then eventually, they closed that factory down and I got transferred to the Kenworth head office, which at the time, was in Ottawa.”

While with Kenworth in Ontario, Warkentin married and had two children before deciding to return to BC to be closer to family. After a couple years running a non-truck related business, he rejoined Kenworth at their regional office in Surrey, before another transfer saw the Warkentin family move to Calgary, Alberta, where they’ve remained the last 25 years.

It was in Calgary, Warkentin first came to know of AMTA.

“This in the 90s now so Volvo Trucks offered me a position with them here in Calgary covering western Canada for them, so I changed companies,” he said. “I started volunteering with the AMTA with Peter Vaudry learning about how I could be involved with the [association].”

Through Volvo (with whom he spent 18 years), Warkentin became involved in the AMTA Driver of the Year, presented annually at the association’s Leadership Conference & AGM. The award continues to be sponsored by Volvo Trucks to this day.

Working with Vaudry (who retired from AMTA in 2017 after a 33-year career) on that award, Warkentin “spun off” into joining the AMTA Draw Down Dinner and golf tournament committees. 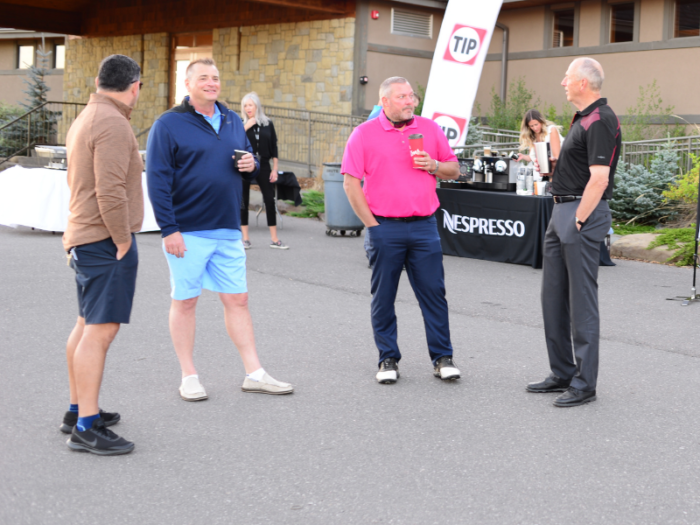 “We always had a good time at committee meetings,” Warkentin said. “[I] ended up gaining friendships during the time with various people. First of all, I was rookie on the committees and now I’m the oldest guy.

[I] very much enjoy the AMTA, the association and the different people that were involved with setting up the various committees and other people and sometimes I’m offered free lunches too so another attraction for me,” Warkentin added, laughing.

“Terry took on a mentor type roll in early 2019 at our Draw Down Committee meeting where he was kind enough to help show me the ‘committee ropes’ and helped lead the way for event/committee operation changes,” she said. “His many years of service to the AMTA Draw Down and golf committees is a testament of his ongoing dedication to AMTA’s members and to the transportation industry. We will miss seeing Terry but hope he continues to join us at our events as he enters into retirement.”

Warkentin said the biggest benefit of his AMTA involvement is of that to mutual customers and association members, “the guys that drive the trucks, that own the fleets etc. etc.,” he said.

“My involvement was another method that I could stay close to those customers. I would encourage any customers who weren’t involved with AMTA to consider a membership there, not that I was really selling for the AMTA – my job always was as supplier to the industry. My goal in being involved in the events was just another kind of tool for me to stay close to my customers.”

It was that involvement with customers and dedication to industry that saw Warkentin presented with AMTA’s 2017 Associate Supplier Award, awarded annually at the Leadership Conference & AGM.

Five years ago, Warkentin joined the team at Cummins Inc. as Territory Account Executive; a position he held until this year’s retirement.

In his time with industry Warkentin said the change in the trucks themselves has been “huge”.

“Mainly in the area of electronics,” he said. “Trucks are pretty high-tech equipment these days.”

With the rapid change in technology Warkentin looked back to a time when a driver could complete repairs on the side of the road, something now which is more difficult and requires a tow truck. Also, Warkentin added emissions on the engines are “super clean now” but are not as dependable as they were 20 years ago, a similar trend people see with refrigerators and other appliances – though engines of today are getting there.

As for plans for retirement, Warkentin said he’s never been very good at making long term plans. He’s spent the summer as a “vacation” but has also had some inquiries about taking time to continue to help out with the commercial transportation industry.

Warkentin does plan to get more involved with his church and spend time with his family, which has grown to include four children and two grandchildren.

One thing is for certain, you can find Terry Warkentin and his infectious personality at the AMTA Draw Down Dinner in Calgary this November, and hopefully at many more AMTA events down the road. 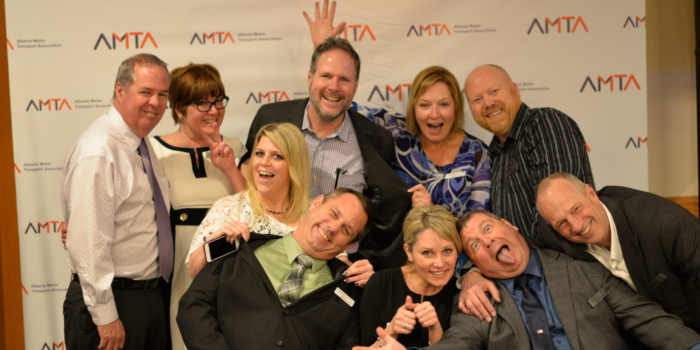 Warkentin and fellow committee members at the 2017 AMTA Calgary Draw Down Dinner.

What do you eat when you're driving long distances? Unhealthy snack food? Maybe a gas station burrito? Healthy food choices are easier to find than you think. AMTA web writer Kelsey Hipkin provides great insight on eating healthy behind the wheel. https://amta.ca/feature-health-behind-the-wheel/

The folks at @Cummins recently announced that it will bring to market a 15-liter natural gas engine for heavy-duty trucks. This is welcomed news in advance of the first two commercial R-CNG stations being built right here in Alberta. #lunchtime read here:
https://www.cummins.com/news/releases/2021/10/14/moving-heavy-duty-trucking-down-path-zero-emissions?utm_source=linkedin&utm_medium=social&utm_campaign=eng-onhwy-natural_gas&utm_content=moving-heavy-duty-trucking-down-path-zero-emissions