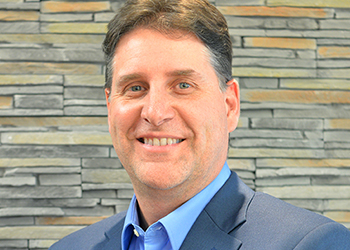 Alberta Motor Transport Association (AMTA) President Chris Nash lives and breathes the commercial transportation industry. Chris got his start in the oilfields of Northern Alberta before running the Alaska Highway with Byers Transport.

With a young family, Chris made the move to Rainbow Transport where he started in dispatch, working his way to Terminals Manager in only four years. Always seeking a challenge, Chris accepted a position with Carrier start-up Jones Transportation where, he would work his way to President. 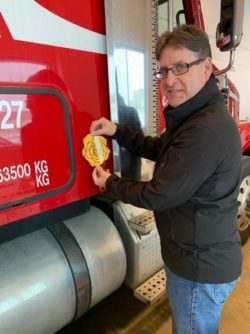 It was during his tenure with Jones that Chris started learning more about the AMTA. After attending some of the local regional meetings, Chris joined the board of directors, and after only nine months was on the board executive, nine months after that Chris made the move to AMTA President in March 2018. Chris is always driven to evolve and innovate and brings that drive to AMTA showcasing the association as the voice, the resource and the standard for the commercial transportation industry.

A strong proponent of research and innovation in industry, Chris champions AMTA’s Alberta Zero Emissions Truck Electrification Collaboration (AZETEC) and sits on the Hydrogen Task Force.  Chris lives in Edmonton with his wife Rosa. They have two children.

A short note to say hello and thank you to commercial drivers keeping goods on the move, and keeping Alberta on the road to innovation and prosperity! #thankatrucker #keepitmoving #MayThe4th

In appreciation of your efforts throughout the school year and beyond, today we give thank to those behind the wheel who get our children safely where they need to go! #SchoolBusDriverAppreciationDay