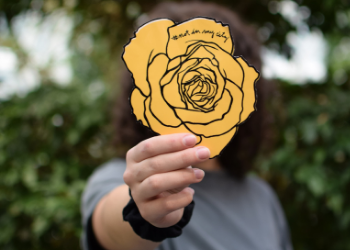 Not only do commercial drivers keep goods on the move, they also constantly have their eyes and ears on Alberta’s roadways.

Those drivers now have the opportunity to do even more as the Alberta Motor Transport Association (AMTA) is collaborating with #NotInMyCity to help educate its more than 15,000 members on the issue of sexual exploitation and human trafficking.

#NotInMyCity is a facilitative organization that is raising awareness and taking collective action to prevent, disrupt and end sexual exploitation and trafficking, focusing on children and youth. In just three years, #NotInMyCity has quickly grown into a strong, collaborative organization, working with established agencies and groups to raise awareness and facilitate strategic alliances.

“AMTA is proud to be an ally of #NotInMyCity and the ongoing efforts to end human trafficking,” said AMTA President Chris Nash in a release. “Safety is at the core of our association and that extends far beyond just commercial transportation; it includes the safety of all Albertans.”

“From it’s inception in 2017, #NotInMyCity has been collaborating working with key stakeholders to raise awareness and take collective action to prevent, disrupt and end sexual exploitation,” he said in a release. “We know victims are being moved through public transportation corridors. By providing information and practical tools to commercial transportation companies and drivers, they are better equipped to say something if they see something.”

Key areas of focus for the online e-learning platform for the commercial transportation industry include information about the incidence of sexual exploitation and human trafficking in Canada, the behavioural signs that might indicate an exploited person, and how to get help without putting the concerned individual in harm.

“As countless eyes and ears who are the road every day, our membership can play an active role in raising awareness about this horrific issue and be a key part of the solution,” added Nash.

#NotInMyCity is included on the AMTA’s new Community Engagement page, along with other important partners and initiatives.

Did you know @NIMCAlly has a free interactive e-learning course to learn about the incidence of human trafficking in Canada and more? Details here: https://notinmycity.ca/learn/

2. There are many types of #HumanTrafficking. Today’s cases were Labour and Domestic Sex Trafficking.