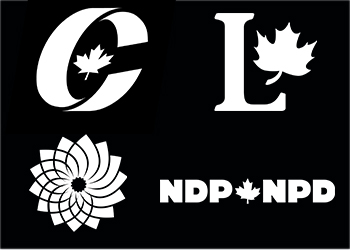 The AMTA has put together a 2020 Federal Election primer with a focus on party/platform promises, which may most affect the commercial transportation industry.

Slogan: It’s time for you to get ahead

Andrew Scheer and the Conservative Party have said their plan is to eliminate the federal carbon tax and instead is planning to invest in “clean technology development”.

Scheer has said, if elected the Conservatives would scrap the Canada Infrastructure Bank calling the project a “failure”. With a collection of some $35 billion, the bank is used to attract private investment and partnership for large infrastructure projects including public transit, transportation and green infrastructure.

“We will eliminate $1.5 billion in corporate handouts to profitable companies, reduce Canada’s foreign aid by 25 per cent, cut wasteful spending on high-priced consultants and empty office space, and control spending and invest infrastructure money on a responsible and structured timeline,” says the party’s platform.

The party has said they will maintain the carbon tax while introducing further taxation for aviation and shipping.

The party platform states, by 2030, all new vehicles on the market will be electric, as well as public transit buses and trains. “A Green government will develop a national transportation strategy with a goal of reaching zero-carbon public ground transportation everywhere in Canada by 2040.”

The Green party has stated it will establish an arm’s length Federal Tax Commission to analyze the Canadian tax system for fairness and accessibility; close loopholes that benefit the wealthy and end offshore tax dodging by taxing funds “hidden in offshore havens and requiring companies to prove that their foreign affiliates are actual functioning businesses for tax purposes.”

This year the Liberals set a minimum carbon price of $20/tonne which will increase to $50/tonne by 2022.

The Liberal platform states the party will “make sure” the middle class pays no federal taxes on the first $15,000 they earn. To do this, the Liberals plan on increasing the Basic Personal Amount (BPA) by just under $2,000 for Canadians who make less than $147,000/year.

Slogan: In it for you

The NDP intends to continue with the Liberals carbon pricing, however, have said they will roll back breaks they say are handed out to big time polluters. Jagmeet Singh has said he wants to take a “bold step” in reducing emissions.

The NDP has announced “We’ll make sure that prices at the pumps are fairer by creating a Fair Gasoline Prices Watchdog to investigate complaints about gouging and boost the power of the Competition Bureau to proactively investigate allegations of anti-competitive activity in the gasoline market.

The NDP platform has announced the party will ensure large, profitable corporations are “contributing to the important services and infrastructure that make Canada such a good place to do business,” adding it will roll back the Conservatives’ corporate income tax by three percentage points.

It's #NationalFishingWeek and the AMTA wants to see photos of your favourite fishing spot! Whether you stop at a popular river while transporting goods or fish with the family on the weekend, share and tag us with #reelsweetshot and you could win! Draw takes place Friday, July 10

FYI for #Carriers and motoring public in the area this evening... #drivesafe #wideload